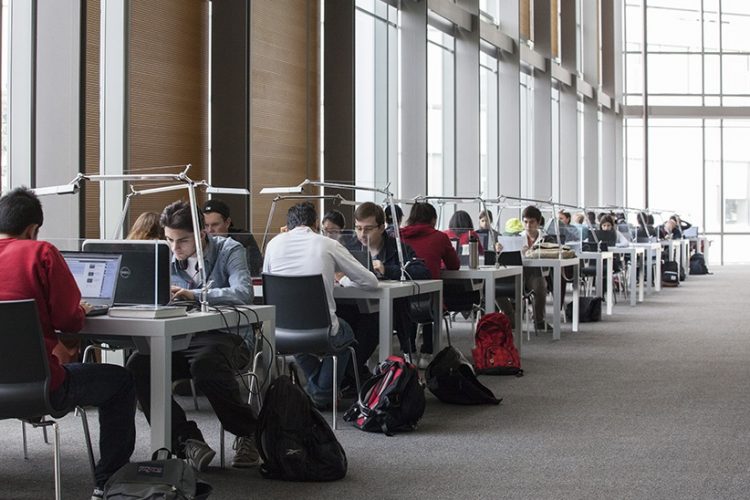 Education serves as a stepping stone to a good future. How successful one’s career somewhatdepends on the quality of education, how much exposure did one get during his studies, what were the job prospects and all such factors. In addition to these factors, one must also consider the environmental and economic aspects of the country because they also affect the career life of an individual. Canada is one such prime country to consider. Education is believed to be the pathway to freedom by the Canadians;hence, the government puts in a lot of effort to maintain a high level of education standards in the country.This further helps the students, who wish to study in Canada, decide on the selection of colleges to pursue BBA in Canada.

Canadian education system focuses on the overall growth of the student, including character development, knowledge and practical training in the work field. It is amongst the best economies in the world, which means more opportunities in future. And if that’s not your concern, Canada is home to more than 20 universities which fall under the list of best ones in the world for pursuing Bachelors in Business Administration. Hence, it is a viable choice.

If you’re looking to pursue BBA in Canada, the following is a list of the best universities for BBA in Canada

Touted as the best university in Canada, the Schulich University is the highest-rated university in the country. The University is stated in the heart of Canada, i.e. Toronto. The sheer numbers show that the return on investments is high. Around 90 percent of the students are hired within 3 months of graduation, bagging average salary of 55,000 dollars per annum. Around 90 companies from across the globe come here for annual recruitments. The university also offers specialisation in the same, so if you are looking to develop expertise in a particular field, then this might be a good option for you.

As apparent from the name, the university is pegged in the Waterloo region. It has been awarded as the best research university for 11 consecutive years; it is the most innovative university in Canada for the past 27 years as well. The best of all, it holds the top position in the world for best student employer partnership concerns.
The university offers specialisation courses as well. In the past five years, about 89% percent of the students who graduated from the University of Waterloo got employed within 2 months. Going by the numbers and student reviews, you should look for a seat in this one.

The University of British Columbia is ranked amongst the top 20 best public universities in the world overall, so you can only imagine the quality of education the university has to offer. Situated in one of the best cities in Canada, Vancouver, the University offers great opportunities for those who are actively seeking international exposure. Moreover, it is a public university, so you’re bound to get the best of curriculum according to your interest. The fee is relatively lesser when compared to private universities which get it one more brownie point.

Conclusion
Theuniversities mentioned above are the best amongst the best. The list is not only limited to these, but you can also search for others as well. Like previously mentioned, there are a plethora of them in Canada, so choose according to what fits your needs and budget. Do keep an eye on the admission dates and apply as soon as there are limited seats with thousands eyeing on them. Best of luck!

If you want to study in Canada? Check out colleges, courses, fees,eligibility & scholarships at https://studyabroad.shiksha.com/canada