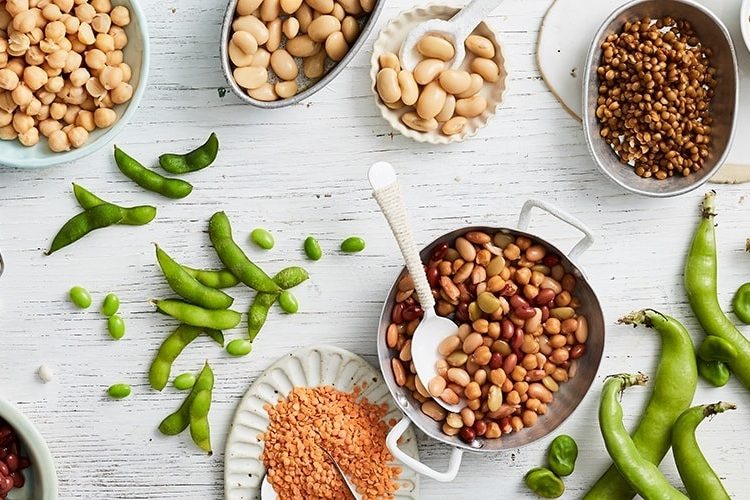 Both wheat and rice are commonly consumed in India but rice is specifically prevalent down South while wheat is popular up North. Since the making of Roti is such an uphill Herculean task, Rotimatic has replaced manual effort with much relief. Rotimatic reviews provide an insight into how they function.

There are also variations like millet, bajra and jowar. The rice is either eaten plain with lentil stew or mixed with other ingredients to produce an amazing collection of rice dishes like lemon rice, tamarind rice and tomato rice. Indian noodles like seviyan is an added hallmark of our cooking.

Legumes : We have a variety of them like yellow, black, green, red and split peas, along with chickpeas and mung beans. It is used in both side dish and lentil soups. Some of them like moong dhal is used in the prepping of a conventional Indian salad.

Dry fruits are used in desserts and rice dishes, even more distinctively in Mughai cuisine. Down South, coconut is used widely because of the abundant coconut tree vegetation

Vegetables and fruits that thrive in India

India is by and large a vegetarian country.  Infact, there’s a town in Rajasthan that has earned the reputation of being the only place in the world that is home to strictly vegetarian eateries. Vegetables are an essential part of our diet and as such, are more widespread than meat. Let’s go through some of these: Carrots, beans, cauliflower, capsicum, potato, bitter gourd, bottle gourd, ladies finger, drumstick etc. The vegetables can be cooked simultaneously with the lentils or separately as a side dish. This is what breathes life to a meal! The flavour and aroma of vegetable curries makes all the difference.

There are heaps of fruits like apple, mango that grows profusely during summer, oranges, sweet melon, jackfruit, bananas, guava, pineapple etc. to name a few. The unripe fruits like mango and banana are used in the preparation of curries.

India has earned a brand of being vegetarian, owing to our religious habits.  Meat is not consumed in large quantities like the West. It is cooked in much smaller portions and is inclusive of a chiefly vegetarian meal.

Some of the most common meat based foodstuffs are mutton, chicken, pork etc. Beef is considered a taboo in most regions as cows are revered as sacred animals in India.

Unfertilized eggs and paneer is consumed in the place of meat for those opting for a cruelty free diet.

North Indian cooking is majorly influenced by the Moghul cuisine, due to the invasion up North. North Indians tend to use more dairy like cream and butter in their cooking, along with dry fruits and saffron. Kashmiri cuisine is principally sweet, utilizing raisins and sugar.

South Indian cuisine is largely dominated by rice. Some ingredients are more commonly used like coconut and tamarind.