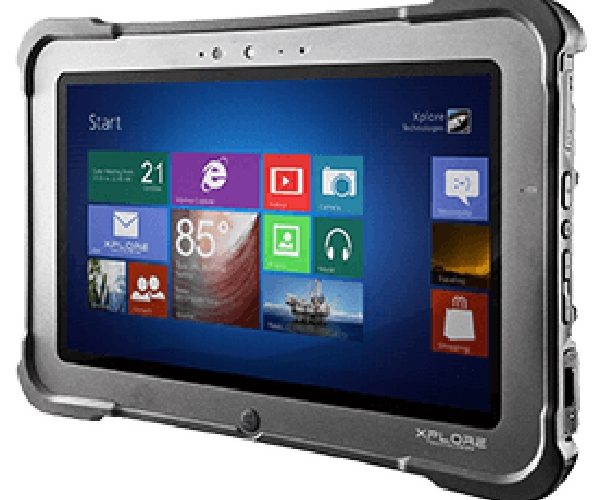 Maybe you haven’t heard of rugged notebooks, but they’ll be familiar to you. They’re the military-grade computers you see in the hands of the engineer who services the boiler in your home or the salesperson who calls at your door. In a world where instant communication is vital, they’re the link between the person out in the field and the base back at the office. But they’re much more than just computers wrapped in a suit of armour.

They can withstand almost anything

Like the black box recorders on planes, rugged computers can withstand the things that ordinary devices can’t. Drop them, soak them, or throw them and they’ll still switch on and get to work. In extreme heat or cold, they’ll perform better than the sweating or shivering human who’s operating them. Even dust struggles to infiltrate the sealed keyboards of these military-grade machines.

The rugged tablet has joined the team. And it’s no less indestructible than the notebook. The Atex tablet is a device that’s so strong it conforms to two European directives (ATEX 137 and 95). This means that this rugged handheld device is capable of operating in explosive atmospheres.

They’re strong on the inside

The electronic components inside the devices are tougher than those installed in commercial notebooks and tablets. There’s less cabling too. The adage about ‘less in them, the less that can go wrong’ is true in this case. Without getting too technical, they also house liquid cooling and heat sinks, a passive temperature exchanger that diverts heat from the operating parts of the device, allowing it to continue functioning at optimum levels.

They’re not as expensive as you think

Although the initial price is higher, the total cost of purchase is often lower than that of a regular notebook or tablet. Notebooks average out at 36% less, while for tablets and PDAs it’s around 33%. The long-term overall cost is attributed to more reliable machines as well as other factors, like the positive impact they have on productivity.

They rarely drop the signal

Signal failure rates for non-rugged devices are three times higher than for rugged ones. This is attributed to the manufacturers integrating multiple radios into their devices. Also, when a standard device loses a connection, the dial-in time lost while going through a VPN impacts on productivity. Rugged devices don’t need VPN.

These remarkable machines; durable, reliable and efficient, have been at the heart of field work. They’ve enabled employees to operate as effectively as their colleagues back in the office. Information that could only previously have been exchanged by slower means is transferred in the blink of an eye. And complex work that would once have been unthinkable, can now be done with ease. All encased inside a rugged, effective machine.