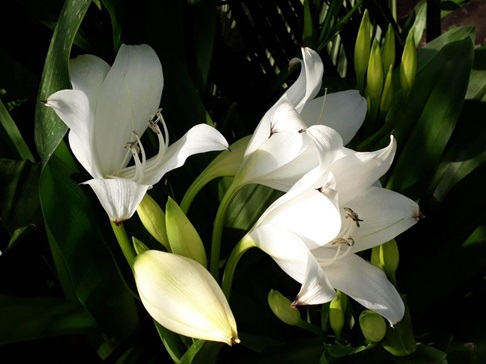 The history of the lily

Lilies naturally grow in Asia, Europe, and America, and do well both at sea level and at slightly higher altitudes. You can trace their origins back to the king of Clovis (465 – 511). The Virgin Mary gave him a lily, and the oil blessed him. It is said that the oil was dropped from heaven. From then on, lilies have symbolized power derived from God in France.

Lily is also the origin of the well-known Fleur-de-lis, a symbol that features countless French flags. There has been a golden lily on the French national flag for a long time. But, after the July Revolution against Charles X in 1830, it was taken off. There is a myth which causes some ambiguity. The stylized Fleur-de-lis could have been based on the iris, known as ‘lis’ too, same as the lily.

The lily flower is a summer flower with the Latin name for the family (genus) is Lilium. The flowers that grow from this tuber have the characteristics of broad petals like trumpets, have a pistil that grows like a match, the leaves are bright green and are supported by an elongated slender stalk.

This flower that originates from West Asia and the Mediterranean grows very beautifully and has various exciting colors, so don’t be surprised if people will look at it even for a long time. Besides the beautiful shape, lilies also have a nice fragrance.

Therefore, the lily flower is nicknamed the queen of the garden by flower lovers. The beauty of this lily bouquet is well known in various parts of the country. Even in Greek times, it is said that the flow in the Greek legend that the lily flower comes from the milk shed by the goddess Hera. It is said that when the goddess Hera was breastfeeding her son, Hercules, she accidentally spilled her milk on the earth. And the beginning of the growth of lilies on earth.

In general, the lily has a meaning of purity, purity, and politeness. The lily flower is also referred to as the beautiful lily and often in the Bible. 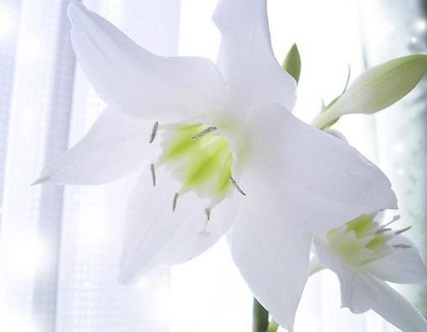 Lilies symbolizes the innocence that has been restored to the soul of the departed. Hence it is most commonly associated with funeral services.

Lilies symbolize humility and faithfulness; hence it is often used as the 30th-anniversary flower. Moreover, lilies of the valley are the 2nd wedding anniversary flower. As lily is often associated with funerals, it symbolizes that the departed soul has received restored innocence after death.

What does white lilies mean?

Interestingly, the white lily is one of the most critical flower symbols of Christianity. It’s mainly a symbol of the Virgin Mary’s purity. It’s a symbol of majesty as well with the Roman myth that white lilies came from the queen of the gods.

What is the flower of death?

Lily is one of the most popular floral choices for funerals because it represents the restored innocence of the departed soul.

Symbol of the Lily Flower

In ancient Greek weddings, the bride crowned a lily and wheat flower, which symbolized purity and abundance. The ancient Egyptians used the lily as a symbol of fertility and rebirth.

However, the lily flower is a lucky charm in the Chinese culture. The white lily flower symbolizes purity and virtue. Eventually, this variety has additional meaning and symbolism because as they became more popular.

Lily is used in funerals, so it cannot restore holiness after death to those who have passed away.

Meaning of the Lily Flower

During the Victorian era, everyone used flowers to express feelings that could not be expressed or spoken. Today, lilies remain a favorite choice for brides who love white, which can mean a new life in chastity.

Various kinds of lilies with different stored meanings here is the meaning of the lily in each color:

Characteristics of the lily 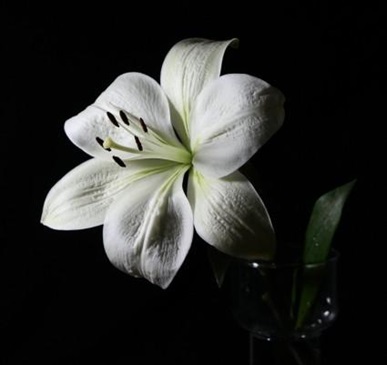 Few people do not know them; the popular Indian water lilies in the Efteling theme park. However, the water lily is only one of the many varieties of lilies there are. Lilies are relatively large, quite heavy-scented flowers.

In the Netherlands, the Asiatic lily is the most found variety. But, there are other varieties, such as:

What do white lilies mean in a dream?

Lily Dream Symbol – Dreaming of lilies tells something about your subconscious mind. They symbolize love, noble intentions, and humility. They can also illustrate death because of their use in funeral wreaths. White lilies express pure love and harmony, and yellow means jealousy.

The many symbolic meanings of the lily

The lily is rich in meanings, such as immaculacy, transience, purity, innocence, virginity, and peace. It also has a more sinister meaning, like death.

The white lily is a common Christian symbol. It indicates virginity and purity. That’s why it is also known as the “Madonna Lily.” It is often pictured in combination with the Virgin Mary. Thus, white lilies are often featured in wedding decorations.

In addition to these beautiful meanings, the lily also often features in funerals. The reason why that is the case is that lily also symbolizes transience and death. It is a suitable mourning flower.