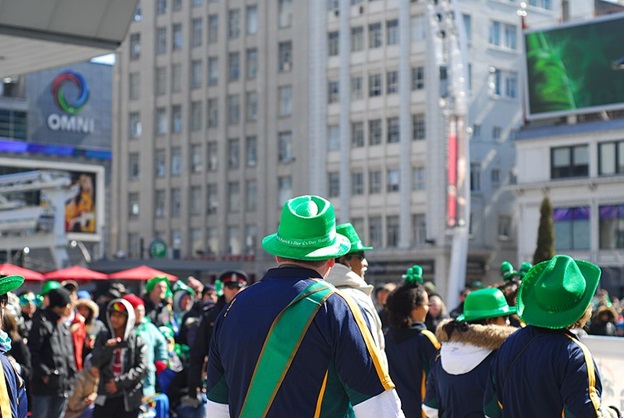 Everyone is familiar with the term ‘the luck of the Irish’, but where does it come from and what does it mean? Contrary to popular belief, it is not linked to any Irish sports team such as the Boston Celtics or anything to do with the people of Ireland having good fortune. In fact, historians believe the saying did not even originate in Ireland.

In the late 19th century, during the gold rush, many well-known and wealthy miners were Irish and Irish American, and it is thought this is where the reference to Irish luck first came from.

The actual word ‘luck’ is from the shortening of the Dutch word ‘gheluc’, which means happiness and good fortune. It was most likely introduced in the 15th century to the English language and used in connection with those involved in gambling.

St Patrick’s Day this year is on Tuesday March 17th, and celebrations and parades are being planned up and down country. However, there are fears the coronavirus outbreak could affect some of the larger events.

Companies such as https://www.shamrockgift.com/st-patricks-day have a variety of traditional and novelty St Patricks Day gifts that can be ordered online and delivered in time for the big day.

Some people believe the Irish are in fact unlucky due to the historic potato famine and the regular wet weather experienced in the country. But the Irish believe in luck and many carry a shamrock charm. St Patrick himself used the shamrock to illustrate how the Holy Trinity is made up of the Father, the Son and the Holy Spirit, and this is why it means so much to the people of Ireland. It is believed March 17th was the date St Patrick died, and this is why this day is marked each year.

Folklore says the Irish luck comes from leprechauns. These elf-like characters are said to have granted three wishes in exchange for freedom and also to store pots of gold at the end of the rainbow! It is also a tradition to pinch anyone not wearing green on St Patrick’s Day. This slightly strange practice is because apparently leprechauns are known to pinch, and if you wear green, you are less likely to be spotted by them – you have been warned!