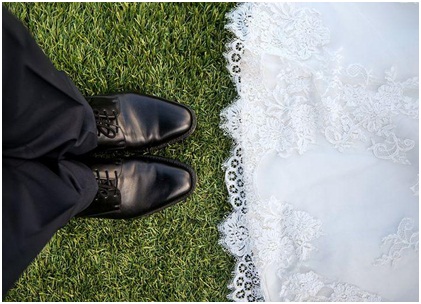 Around the world, especially on Saturdays, the amount of weddings that take place is simply staggering. There are just so many people getting married that it is so easy to lose track. While most marriages would often be straightforward in most parts of the world, the United States, in particular, requires that anyone getting married in the various states would have to get themselves a marriage license from the city clerk.

The need for a marriage license

The marriage license dictates some of the important parts of marriage. For example, there are certain restrictions which would be placed on people below the ages of 18 that want to get married in places such as Chicago and New York. In most situations, these persons would have to seek the permission of their parents before they can be able to get married. Without the marriage license, the number of persons below the right age of marriage would increase.

Speaking about age, the marriage license also seeks to make sure that the age of the marriage spouse is actually what it says it is. To achieve this, the marriage license would often require the spouse to prove a clear identification or proof of age. Some of the documents which prove this would be the birth certificate or the record which holds the date of your baptism. Such records would be considered sufficient enough to prove that you are really old enough to get married.

Your proof of identity would also be important to ensure that you are who you say you are and that there is no measure of deceit in the relationship. Another document which further establishes the need for a marriage license would be the documentation as to prior marriages. In other words, the marriage license would seek to ensure that all other chapters of the spouse’s life relating to their previous marriages have been closed for good.

Officiant would leave you hanging

In most states of the country, there are several categories of people who are considered to be eligible to be the officiant. These would include clergymen and other persons. However, the important point is this; no officiant can legally join you and your spouse together without the presence of the marriage license. This is enforced as the marriage licenses contain certain things which would need to be signed at the time of the wedding by the spouse and the officiant. Having no marriage license would mean that it would not be signed.

No Force of law

The most important reason why people tend to get married is that they truly feel that they should be bound by law together. Well, the absence of a marriage license would defeat that as the marriage which would be performed would have no force of law and would not be valid in the eyes of the law. It is important to take certain steps to ensure that your marriage is duly recognized wherever you are in the US.

Getting a marriage license

Now that we have pointed out the importance of getting your marriage license, you would surely be looking for a way to get it. The first step that you would need to take is to visit your City Clerk with your partners. Follow the necessary steps and you would be awarded a marriage license in record time.

The marriage license continues to grow in popularity in the United States because of the many benefits which are gotten from its use. So make sure that you take those benefits today. Get your marriage license to save yourself from the embarrassment of a marriage that is not legally recognized in any part of the US and the world in general.  If you have further questions, be sure to visit U.S marriage laws for more information.