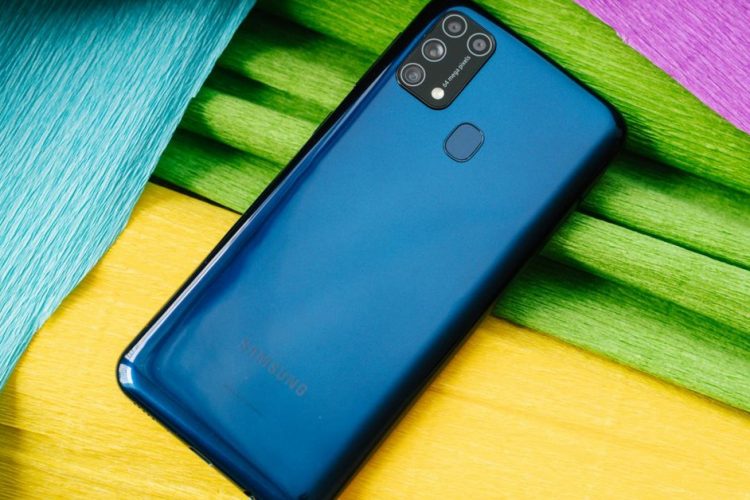 Let us start with the design of the handset. The design of this mobile is unique in comparison to other mobiles launched by the company in M series. The display is of 6.5 inches, which made the mobile very large but people can handle the mobile with single hand. Same type of display can also be found in high-end mobiles like Samsung Galaxy Note+, or Galaxy A51. This is the reason that the mobile has been categorized in premium one but is available at affordable price.

Fingerprint sensor is also available on the right side of the mobile. People can connect earphone or outside speaker with the help of 3.5 mm audio jack. The mobile can be connected to USB enabled devices and files can be transferred between them.  Internal speaker is also available at the bottom. A secondary microphone can be found on the top.

The backside of the mobile is made from plastic and a glossy look has also been given. The mobile is available in mirage blue and mirage black and both of these colors look great.

Many mobiles have problem with batteries as they discharge quickly and take a long time to get charged. This is not the problem with the battery of Samsung M31s. The mobile has 6,000 mAh battery that can provide a backup of two days for people who are the moderate users of the mobile. For heavy users also, the battery provides a backup of 12 hours. It gets fully charged with the help of 25 Watt charger and it takes only one hour to get fully charged.

The mobile has both rear and front cameras, which are of 64 MP and 32 MP respectively. The pictures clicked are very bright and sharp. The rear camera can also be used to click pictures at night time, as night mode is also available.

These are some of the features which has attracted the people and they have purchased the mobile from online and offline market.